When money is given to a homeless person, or a sign is purchased from them, it is an act of faith

There is no assurance where the money might go to their children for drugs?

Is the artist's work valid?
Is the gallerist displaying work of sincerity and value?
The homeless signs had to be purchased with the reverse drawings and interventions unseen until the show was uninstalled.

We all perform them

The act may be as simple as driving through a green light, and assuming that other drivers will respect their red light and remain at a stop

Sometimes the act is more complicated and is based on a shared or personal belief system:
One will go to heaven if one leads a righteous and prayerful life
Shaking salt over one's shoulder after spilling it will avoid bad luck

Like the act of charitable giving on a street corner, perhaps to someone who appears to be homeless

This installation is based on the presumptions and the accompanying risks that we assume by this form of anonymous giving, money to strangers in an unstructured setting

In one of the installed pieces, the wall collage, the individual components are primarily homeless signs that I and others have purchased on the streets

Each sign will be offered for the same sale price

Another act of faith

At a second level, with faith based on the integrity of the artist and the gallery

This time with the anticipation that the art will have validity, in the same way that the proceeds to the charitable organization will have a valid destination 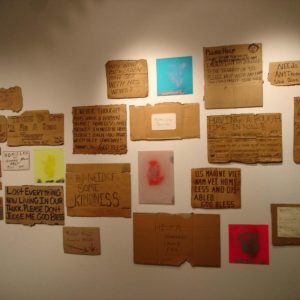 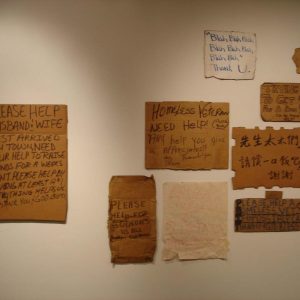 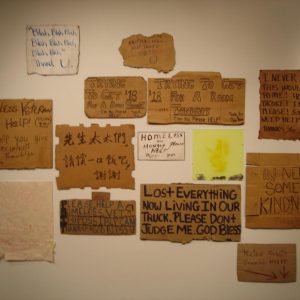 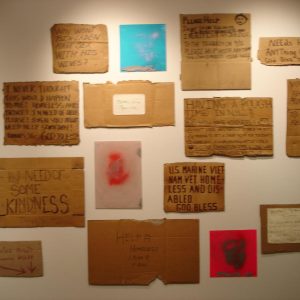 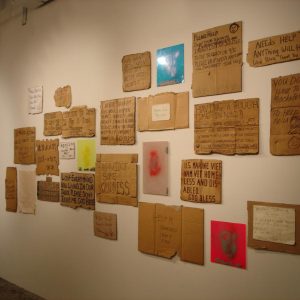 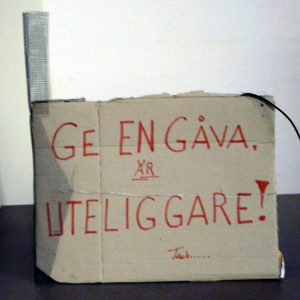 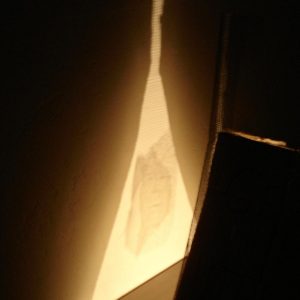 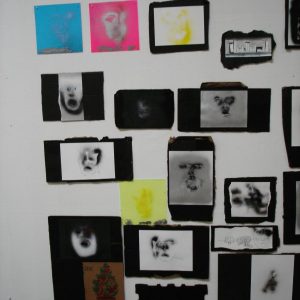 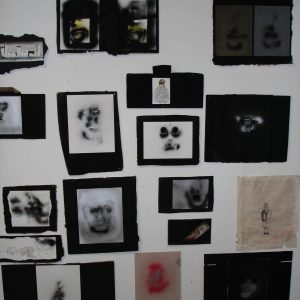 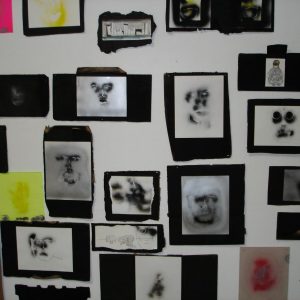 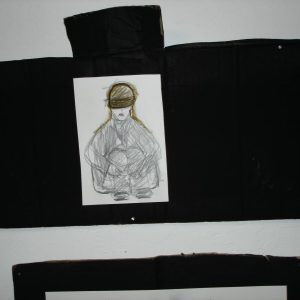 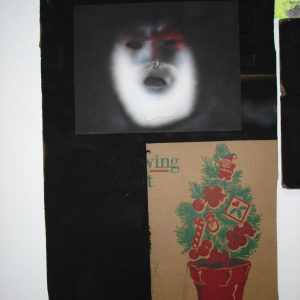 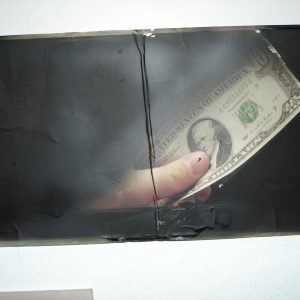 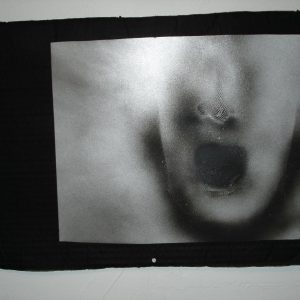 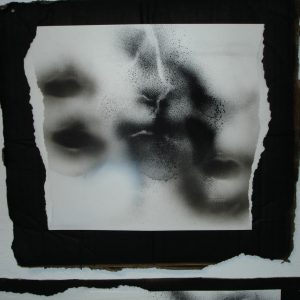 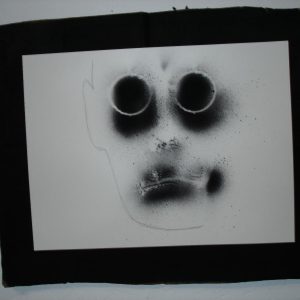 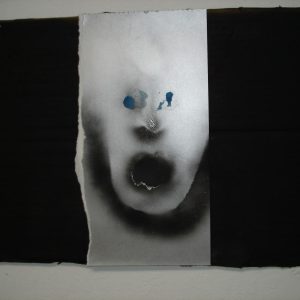 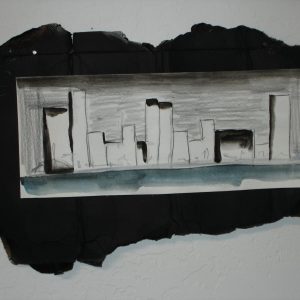 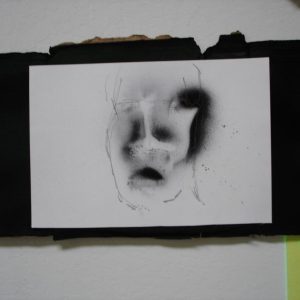 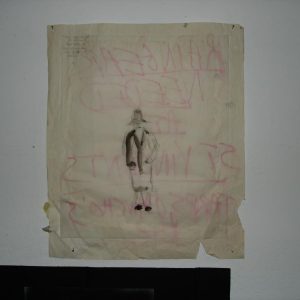 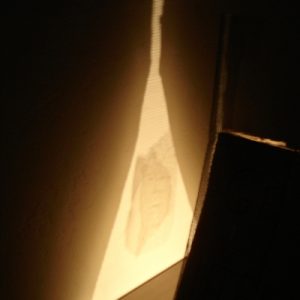 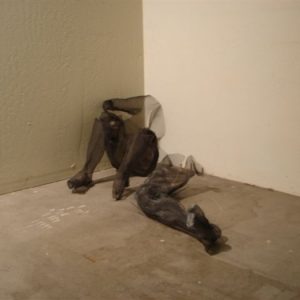 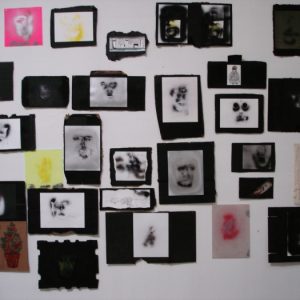 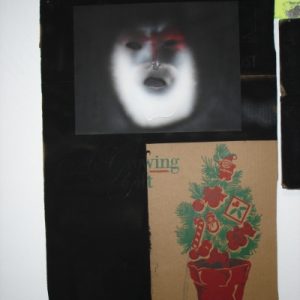 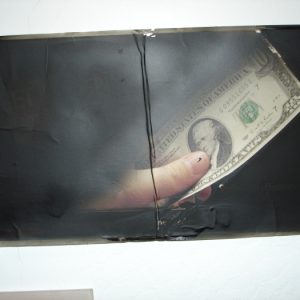 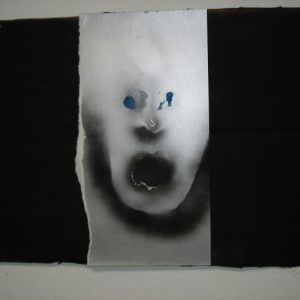 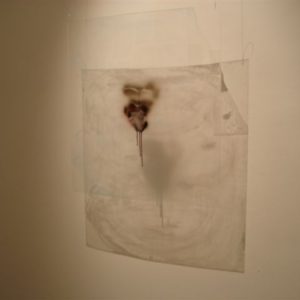